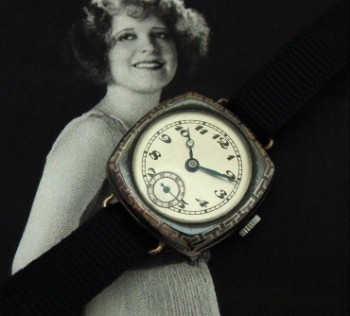 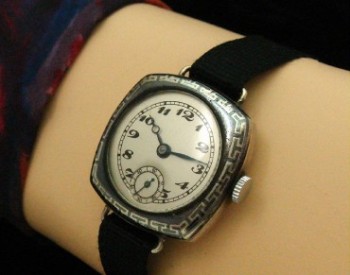 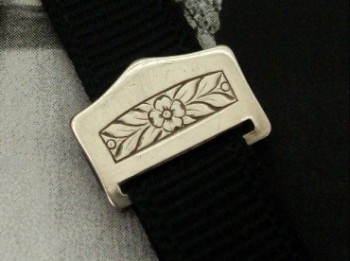 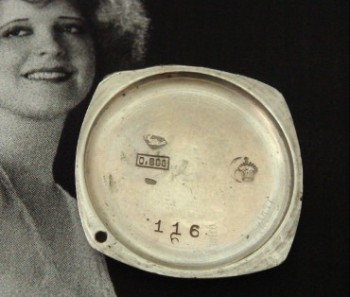 
Other Attributes:   Wire Lug
With Box

Niello [Latin: Nigellus = "blackened"] is a lustrous metallic alloy which is used as a surface decoration technique, usually in silver. Tougher than enamel, it consists of a somewhat mysterious combination of sulfur, copper, silver, and trace metals combined and used as an inlay into engraved metal. The Egyptians are credited with originating the art of niello, developing the technique into an art form so highly prized that its expression spread throughout Europe – via the Romans — well into the late Iron age.

Many have postulated Kievan Rus craftsmen of the 10th through the 13th centuries took the technique of niello inlay to an almost mythic level. Byzantine writer John Tsetses, praised these Slavic geniuses, hailing their skill equal to that of Daedalus.

During the Mongol invasion from 1237 to 1240 A.D. the whole of Kievan Rus was overrun: Villages and workshops were burned and almost all of their resident artisans slaughtered in what some have called a fit of jealous rage. The secrets of the early Kievan Rus process in niello and cloisonné enamel were lost.

The art of niello became all but legend through the dark ages until revived by the goldsmiths of Florence. During the 15th century, a group of Italian artists were determined to divine the secrets of niello inlay, committing themselves to re-discovering the compounds and techniques of earlier artists. By studying works at their disposal, the goldsmiths of Florence began resurrecting the greatness of the medium.

Their diligence brought the form through 18th century Europe and into the finer jewelry houses, where hit a creative plateau.

A few artists in Swiss factories "adopted" the niello technique and began specializing in the decoration and design of watch cases using the process. They loved its resilience and were quite pleased with the classic contrast of grey and silver.

Swiss – and some American – artisans of the late 19th through early 20th centuries became so skilled in the resurrected medium they seemed to channel the skill of the Kievan Rus. And, like their earlier inspiration, these craftsmen have all but vanished, taking their secrets and skills with them. Today, niello watch cases are ravenously prized by those horological art collectors fortunate enough to be familiar with the elusive medium.

We're delighted to offer an early 20th example of the art of niello in the form of this ladies watch case. Please take a moment to admire the technique, as it is both stunning and every bit as mysterious as the work of the Kievan Rus. This gorgeous example, measuring approx. 29mm lug-to-lug by approx. 25mm wide, features a splendid bezel with classic Greek fettered border in niello.

Of course we could not resist cleaning, oiling and calibrating this work of wrist art so that it not only mesmerizes, it keeps time as intended.

The watch is fitted with correct grosgrain ribbon from the period with a matching buckle. If you supply us with the intendeds wrist measurement, we will custom fit the watch to fit.

Want to impress at the next soiree? Seek to fit your next Hollywood production with something wonderful? Here’s your treasure.<p>