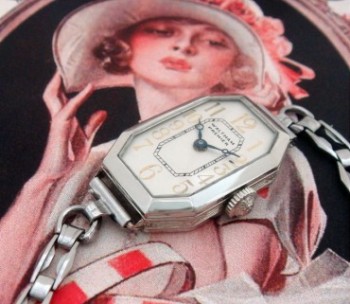 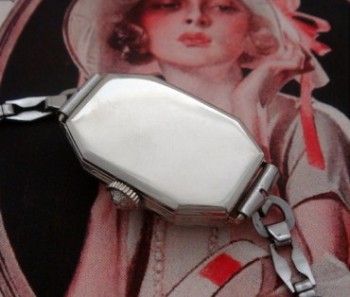 If you look at movie studio stills from the "Golden Age" of Hollywood; you know, the black and white photographs of the "Titans" of film, chances are they'll be holding a martini or smoking a cigarette or checking their watch as if they're about to catch a train. Whatever their activity, if you look CLOSELY at their wrist, the greats of Old Hollywood be wearing a work of wrist art.

This was an era of such staggering class it will never, ever be imitated, never duplicated. The same thing can be said for the watches produced during this era of style and function. Sadly, no matter how much money one spends on a modern watch, one can't duplicate the styling, shape or coloring of these classic timepieces. New watches are like remakes of classic films: They're never as good as the original.

So much could be written about one of the greatest watch houses the world has known — American Waltham Watch Company — that one could spend a lifetime cloistered like a monk, scribing all its accomplishments. Founded in 1851, the company later known as simply "Waltham" helped make timekeeping what it is today, and helped usher in the Industrial Revolution in the process. Waltham made pocket watches for both sides during the Civil War, beginning a wartime commitment that continued through two world wars and a hundred years. Waltham was arguably the first American manufacturer to jump into the newfangled "wristlet" market during WWI, providing troops with watches they could strap to their arms. Carrying through the famed "Deco" era, these early wristlets evolved into the wristwatches we know today.

This example is in a word - remarkable. Pristine and oh-so elegant, this watch mesmerizes with its restored, platinum-finished dial highlighted by stylized gold numerals, inner minutes "track" and rare Breguet hands.

Cased in 14k white gold fill with mirror-polished bezel; measuring a full 32mm by 17mm wide, this ladies' bracelet watch was made to adorn the wrist of someone with exceedingly fine taste.

Snap open its un-engraved back and you'll find correct factory markings, as well as a completely original 15 ruby jeweled "cartouche" movement - freshly cleaned, oiled and calibrated as it would have been from the Waltham watch factory. The delicate bracelet band measures in at 6 1/2."