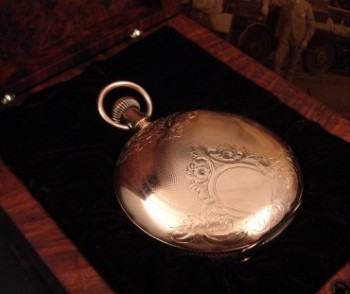 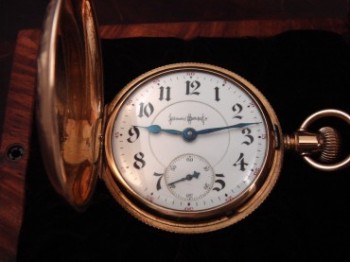 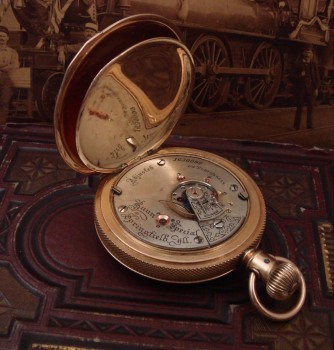 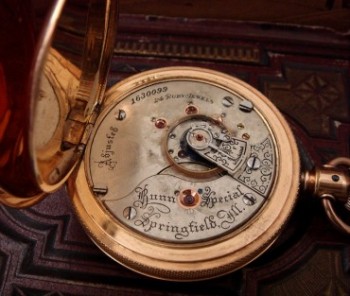 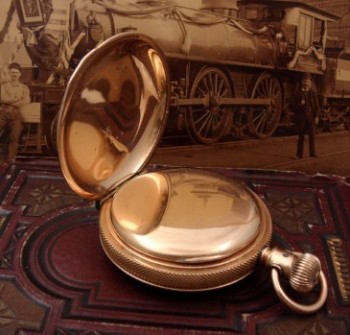 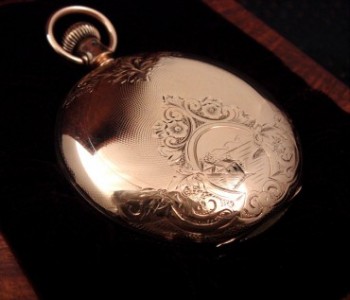 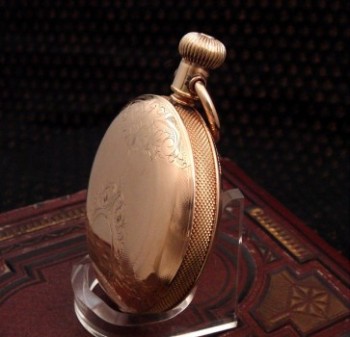 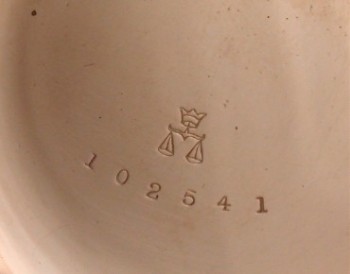 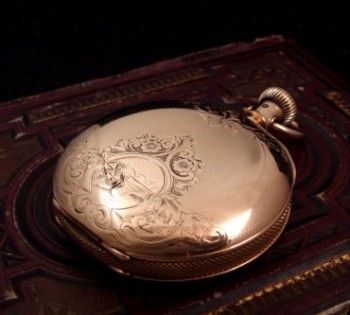 Illinois Watch Company, known for their obsessive attention to detail, produced watches that were exciting, elegant, and extraordinarily well-crafted. Today these watches are prized by collectors and designers for their look and reliability.

One of the rarest, most desirable railroad-grade pocket watches ever made, this completely original 24 ruby jeweled "Bunn Special" is, in a word, breathtaking. Everything about this remarkable work of tactile art is impressive, from its PERFECT Gothic dial to its crisp yellow gold-filled case, wonderfully chased in period hand.

Open its double back and you'll find heart of magnificent proportions: a solid nickel movement with special order "4th pattern" damasceening, enamel inlaid engraving on its full plates and balance assembly. With suspended balance micrometer whip regulator, solid gold screw settings; solid gold train and fully adjusted to 6 six positions plus heat, cold and isochronism (the winding down of the mainspring), this watch was a monument to American Watchmaking and the Railroad Era.