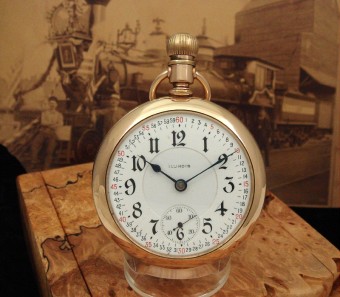 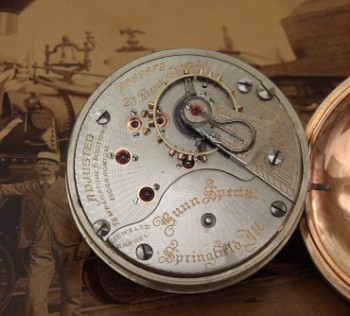 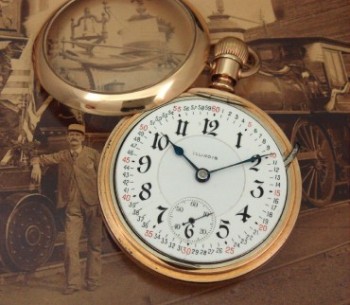 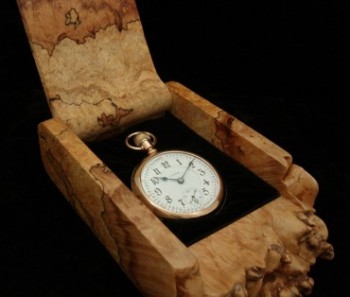 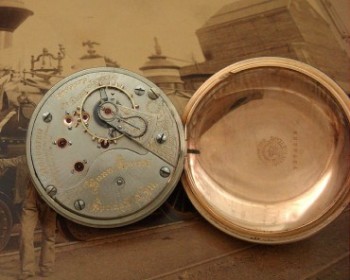 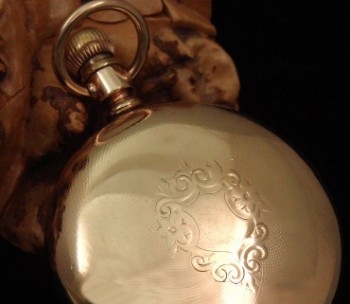 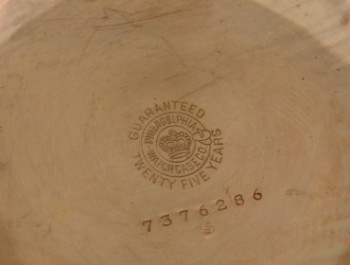 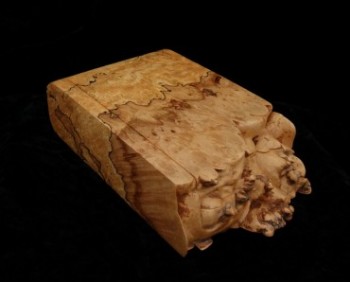 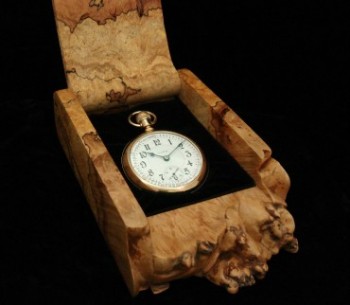 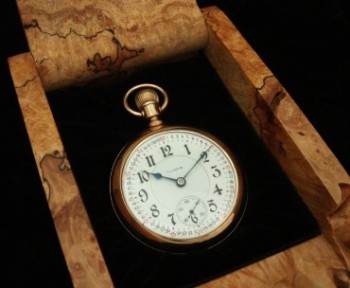 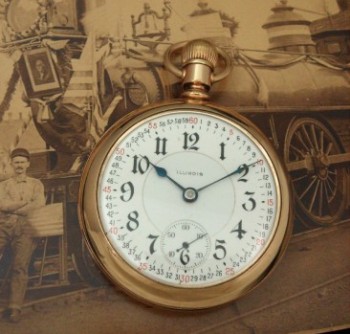 Illinois Watch Company, known for their obsessive attention to detail, produced watches that were exciting, elegant, and extraordinarily well-crafted. Today these watches are prized by collectors and designers for their look and reliability. How could one resist the powerful elegance of such a man's watch! This large, 18 size railroad-grade Illinois "Bunn Special" exudes strength the likes of which we haven't seen in 100 years. A gorgeous porcelain Montgomery dial is in outstanding condition, highlighted by stylized Arabic numerals, an outer minutes "track" and marked "Illinois" in fine script. An oversized sub-seconds bit is micro-graduated; long elegantly blued hands gesture the time.

The watch is housed in a handsome and correct gold-filled swing-out railroad case. Inside you'll find another work of art: a completely cleaned, oiled and calibrated 23 ruby jeweled "Bunn Special" movement with nickel plates, engineered by the remarkable minds of Illinois. With its fancy regulator, compensated balance and precision milling, it struck fear in the Swiss watchmakers of the day — most of whom were still locked in a cottage industry that could not approach the precision of the American watches of the period. During the latter part of the 19th and early 20th centuries, if one wanted a precision timepiece that could be easily repaired and regulated, one purchased American. This example illuminates why.

We're pleased to offer this piece in a custom-fitted burl maple presentation box. If you're looking for a watch to carry and admire while being admired; or, you're searching for a gift to reflect the generosity of the giver, this piece would be perfect.