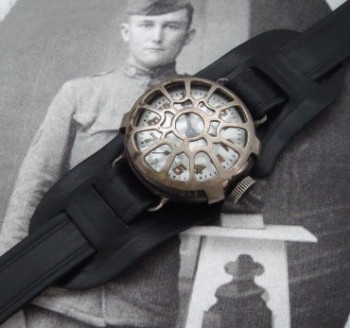 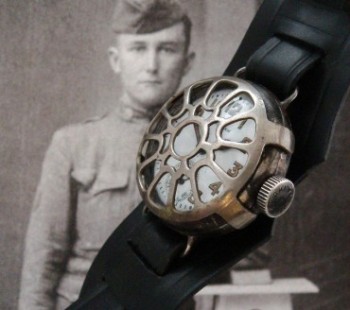 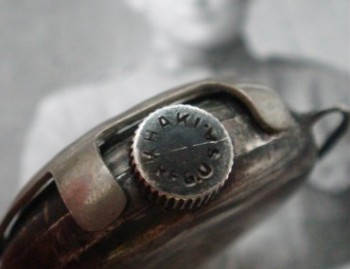 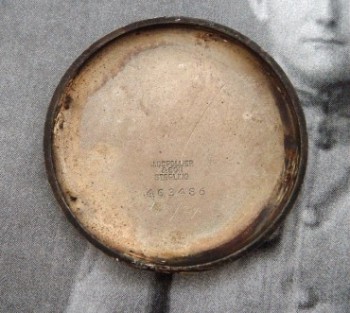 While there is much to lament about World War I, it did begin through harsh necessity and sheer convenience the widespread design and use of the modern wristwatch as we know it. Prior to World War I, wristwatches or wristlet watches were primarily worn by women as novelties or fashion statements. During the very early 20th century, the idea of a man wearing a watch strapped to his wrist would have been considered odd or effeminate. The late Victorian and Art Nouveau periods would have seen women experimenting with tiny pocket watches held to their wrists by ribbons or clumsy leather holders.

During World War I, soldiers found carrying a pocket watch to be increasingly cumbersome – even dangerous during combat. There are several theories about how the practice of wearing a wristwatch leapt from the habit of women to men during this period. Some have theorized soldiers began strapping pocket watches to their wrists with handkerchiefs to eliminate the need of fumbling through their uniforms to fish out a pocket watch for the time. Others feel resourceful doughboys observed women wearing wristlet watches and adopted the practice themselves. Still others point to Russian sailors who wore round "marble" watches on bracelets as the birth of the wristlet watch.

What a privilege it is to offer such a fine example of an early 20th century "trench" or "wristlet" timepiece! This Waltham Watch Company "trench" watch, manufactured around 1916 and very likely worn by a doughboy during World War I, is nothing short of exquisite.

The watch emerged from a New England estate, where it was tucked away in personal effects from the period. We were delighted to receive the piece and carefully restored it to its original shimmering strength – cleaning, oiling and calibrating the mechanism, as well as fitting the watch with a correctly re-created two-piece pigskin strap and matching sterling buckle.

Breathes there a man with a soul so dead who is not stirred by the strength and majesty of such historic wrist art? Everything about this 38mm x 32mm in diameter piece is beautiful; from its brilliantly engineered case – by none other than J. Depollier & Son – to its surprisingly resilient 7 ruby jewel movement produced by Waltham Watch Company– titans of early 20th century horology. The watch has its rare, original "Khaki" marked crown!

And who can resist its handsome face and strong stained-glass hands? Restored to its original mesmeric elegance, this dial would've been admired many times by the soldier who likely wore it.

Engraved simply "CSM," the piece is a testament not only to the ingenuity of its designer and manufacturer, but to the strength and good taste of the man who wore it.

We have no doubt that its next owner will have the same strength and good taste.

We have left this example with its original patina. We will, if the buyer wishes, hand-polish the piece.

Also, we have taken the liberty of installing a custom-fitted two-piece black cordovan strap of the style popular during the day.