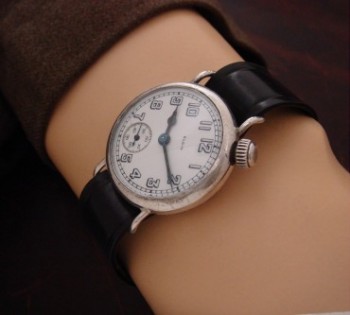 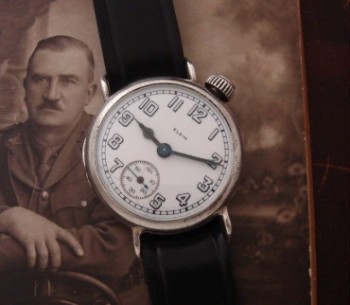 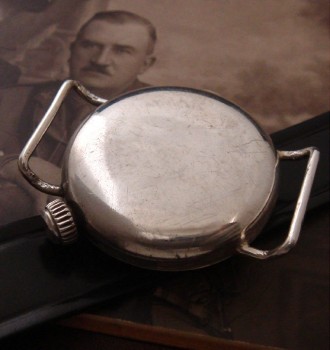 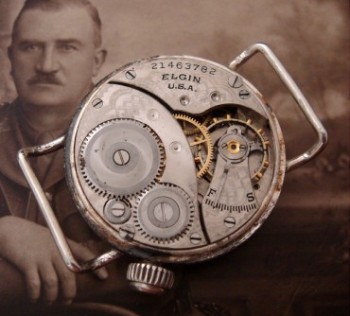 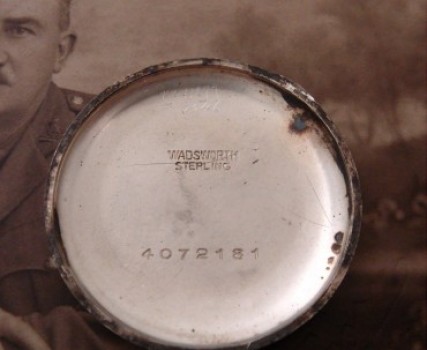 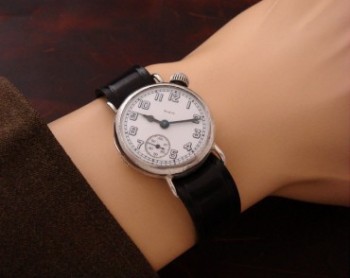 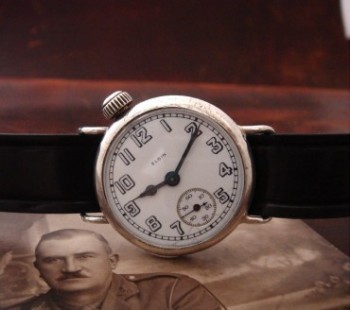 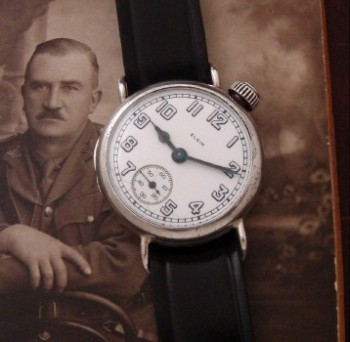 Early days of wristwatches, manufacturers had no pre-conceived ideas about shape, size and orientation to the wrist. As there no precedents, case-makers worked around a standard small-size pocket watch movement, crafting "holders" that could be strapped to the wrist.

All early designs consisted of small pocket watch movements fitted into these holders and fastened to the wrist by some type of strap or ribbon. Porcelain or enamel dials were still used for faces — these would later give way to sturdier metal.

A small and desirable sub-set of early transitional watches consists of "off-set" or "driver's" watches, positioned at a 45 degree angle from the wrist. Faced with the challenge of using open-faced pocket watch movements that wound and set at the "12," case manufacturers turned them as far upright as they could without placing the crown within the lugs. Such models were surprisingly user-friendly and became the watches of choice for those wealthy enough to afford the new "horseless carriages" that required at least one hand on a wheel at all times.

Later, as more movements were produced that wound at the "3," allowing the winding stem of the watch to be at a more ergonomically correct position, top-winding transitional watch design was abandoned. Today, these rare, attractive timepieces are exceedingly desirable and again "the rage."

This magnificent and completely original example of such a transitional wristwatch, manufactured by the Elgin National Watch Company, circa 1919 embodies all the element of the early struggle to give birth to the modern wristwatch. Fashioned from solid sterling, offset at a 45 degree angle to accommodate a top-wind movement, fitted with what appears to be its original heavy reeded crown and military enamel dial, this timepiece is a delicious peek into early watchmaking. The watch very well might have been a going-away gift to a young man destined to crawl through the trenches of WWI Europe. How might we know this? Well, open this back and you will find a completely and professionally cleaned, oiled and calibrated 7 ruby jewel movement consisting of solid nickel plates, compensated balance and baton regulator.

We have taken the liberty of custom-fitting the 39mm by 32mm watch with a correct recreation of a black cordovan strap that might have originally been fitted to such an example — complete down to a matching buckle.

If, by chance, you have been searching for a rare and desirable timepiece with historical significance, something to set the wearer apart from the sea of the distasteful and inept; if you wish to impress a boardroom, courtroom or clubhouse to silence with the magnitude of your savoir faire — you have found your timely vehicle.