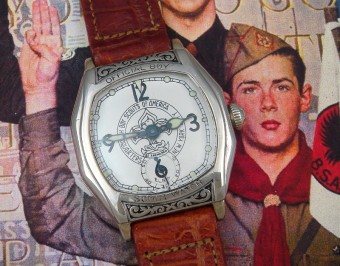 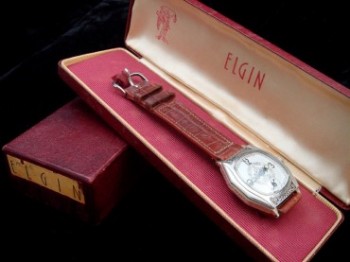 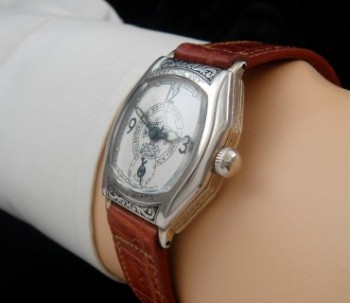 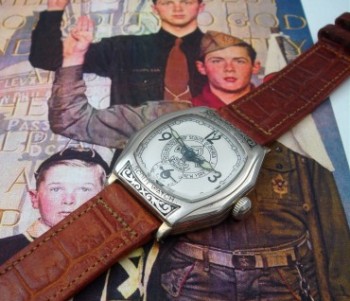 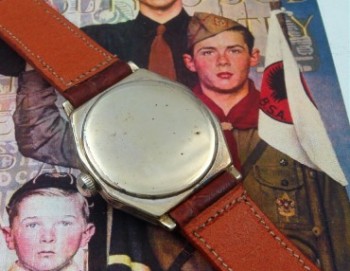 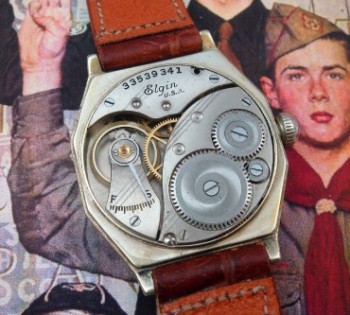 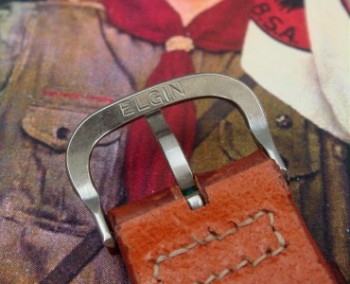 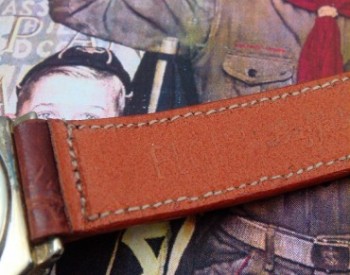 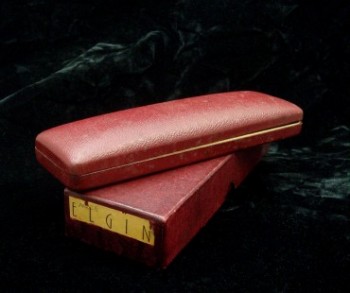 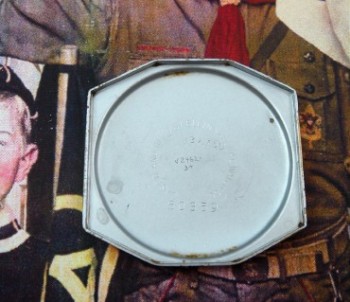 Few organizations are as venerable as Boy Scouts of America. Founded in 1910 in Irving Texas, the movement began as an effort to encourage the best and most intrepid in U.S. youth. By 1930 it was obvious the Boy Scouts were an asset in nearly every community in the country, offering training in self-reliance, courtesy, faith and patriotism.

Elgin National Watch Company, then the largest watch manufacturer in the world, felt moved to design and create a special wristwatch for the Boy Scouts. In a 1930 issue of "Boy's Life," Elgin ran a full-page ad outlining the virtues of the Boy Scouts — and the official "Elgin Boy Scout Watch."

While we at Strickland Vintage Watches are accustomed to describing timepieces, we'll let the text of the original 1930 ad tell you about this rare timepiece:

"A Boy Scout can't baby his watch. It's got to be good to be an Official Boy Scout timepiece. Wham! — an axe crunches into a tree. Your watch must take the shock. Hiking ... camping ... building bridges ... driving tent pegs ... you want a wrist watch that stands the guff ... and likes it!<p>
Elgin has made just such a watch for you. Handsome — but husky. Build for your needs.

Christmas, says your calendar, isn't far away. And an Official Boy Scout Watch would be a mighty fine present to get, wouldn't it? You might leave this page where your observing father might see it ... or ... well, why make suggestions to you? ... isn't being resourceful part of being a Scout?

Any Elgin jeweler will gladly show you the watch whether you are thinking of buying or not."

One could imagine boys around the country reading about such a magical "he-man" watch and dedicating their lives to owning one. Good news was the watch was as handsome and rugged as Elgin advertised. However, by the time the watch was "rolled out" to the Scouts, the country was plummeting into the Great Depression. And, for boys whose parents were barely able to scrape together enough money for groceries, $16.25 might as well have been a fortune. When this watch was offered, a gallon of gas was 10 cents; a pound of steak, 20 cents. So an army of boys was left dreaming of a wrist watch it couldn't afford. Consequently, few of these works of wrist art were sold and, after a couple of years, Elgin quietly abandoned the model.

Despite economic turmoil, a few of these watches were sold to lucky Scouts. Of the few that were sold, most were worn out, literally and figuratively.<p>
So, the Elgin "Boy Scout Watch" is uncommon enough that we, over the course of 20 years, have never seen a good, original piece emerge from an estate. We were beginning to wonder if the watch did indeed exist. Now we know.

We're delighted to offer an original, honest-to-goodness Elgin "Official Boy Scout Watch," just like the one your grandfather longed for. Original and wonderful, this example is one of the finest we've seen. The piece, in solid nickel, measures approx. 39mm long by 30mm wide; as "husky" and beefy as Elgin said it was. The watch may have been made for the Boy Scouts but it is big enough for an adult.

Of course we’ve taken the liberty of cleaning, oiling and calibrating the watch so that it keeps time as intended.

Whether you're a faithful Boy Scout or Leader; whether you're a patron who collects vintage Scout items or want something correct for your next motion picture — or you just love fine things — you'll be pleased with this wrist treasure!