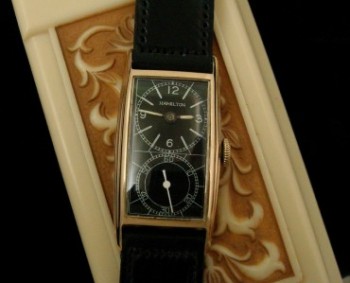 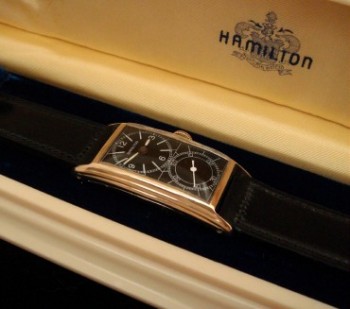 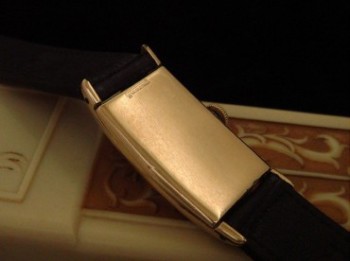 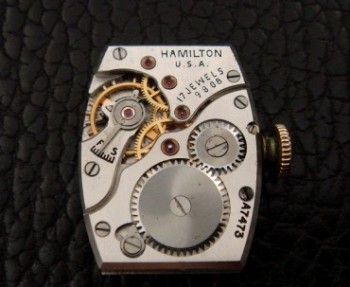 During the Golden Age of 20th century watch design - the Deco Era - wristwatches were a status symbol. Customers and watch manufacturers alike took watch design seriously and the rolling out of new models - produced by some of the best designers of the age - was awaited with breathless anticipation. The result? Unusual watch designs and innovations remain sought after nearly a century later.

One concept in particular - the "duo-dial" or "dual-dial" wristwatch - seems especially to have captured the imagination of serious collectors. Originally created to be marked as a "physician's timepiece," these handsome, unusual wristwatches were designed to have an oversized sub-seconds register, big enough to be able to see at a glance when timing a pulse, administering medication or measuring anesthesia. Usually rectangular, their dials would be split evenly down the middle - half for the hour and minutes, the other half for sub-seconds. The design was an immediate success among professionals who needed sub-second timing; the look being so distinct that the wearing of such a watch was seen as a status symbol. Even so, duo-dials were a bit more expensive than a standard wrist watch and were not widely worn by non-professionals. Consequently, they were seen as "specialty" watches and not widely produced. Today, we find most have been passed from father to son (or daughter); consequently, good examples of true doctor's watches are extremely difficult to find.

Offered here is a fine example of the traditional duo-dial or physican's watch made by no one less that Hamilton Watch Company: a "Seckron" model circa 1941. Sporting all of the best elements of the era, its dial is magnificently restored, featuring white Arabic numerals on a sea of jet black. A Minimalist or "Post Industrial" stepped case is quite charming and good original condition, with some wear commensurate with delivering babies and ushering patients on and off this mortal coil. Open the un-engraved back and you'll find its original 17-jewel movement cleaned, oiled and calibrated so that it keeps time as it was intended. Measuring a long, slender 39mm by 21mm, it has a fetching wrist stance that will guarantee you a place among the most admired revelers at the soiree. Fitted with a black cordovan strap sporting a "Hamilton" marked buckle; offered in a creme-tone Hamilton Bakelite case.

Looking for an average watch? Sorry, this timepiece isn't for you. Looking for something to everyone at the firm/country club/practice sick with envy? You've found it.