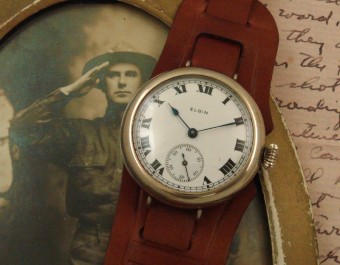 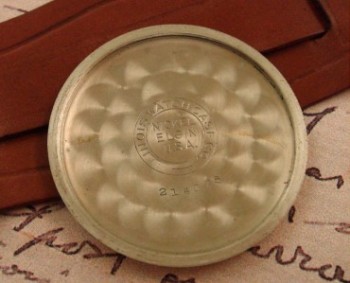 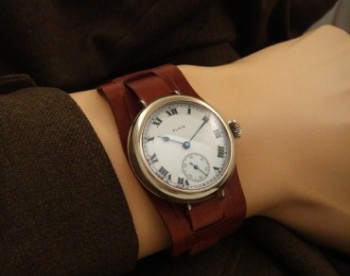 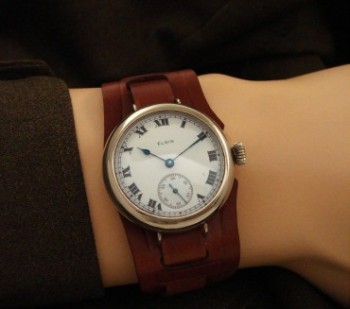 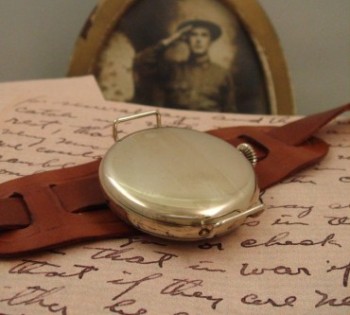 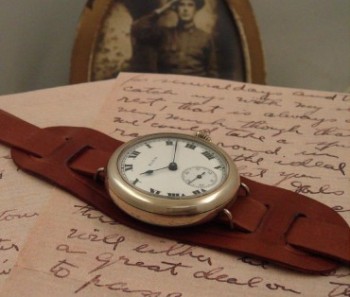 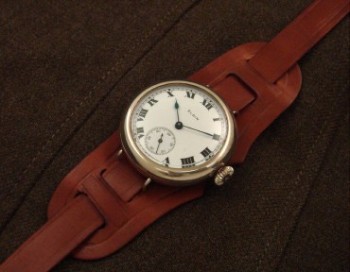 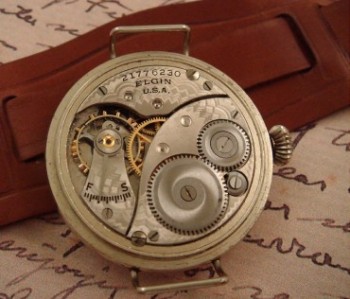 Elgin began devoting much energy toward manufacturing watches and timers for the U.S. military.

The ice-cream porcelain dial of this WWI era example is simply stunning. An outer minute track surrounds oversized, stylized Roman numerals and a counter-sunk sub-seconds register. Its imperially slim blued hands are in remarkably original condition. The period French glass crystal is free from inclusions. The crown also is original.

Its solid nickel case, measuring 39mm lug-to-lug by 34mm in diameter, unscrews to reveal not only its markings of Illinois Watch Case Company but a fine Elgin movement with a jeweled balance and solid nickel plates, decorated in fancy hand-etched damaskeening and marked "Elgin U.S.A" It's a sturdy and historic engine for a classic case design, the forerunner of the modern wristwatch. We've taken the liberty of cleaning, oiling, and timing the watch so that it can be worn confidently. We've also fitted the watch with a correct recreation of the two-piece cordovan strap that would have been worn during the era.