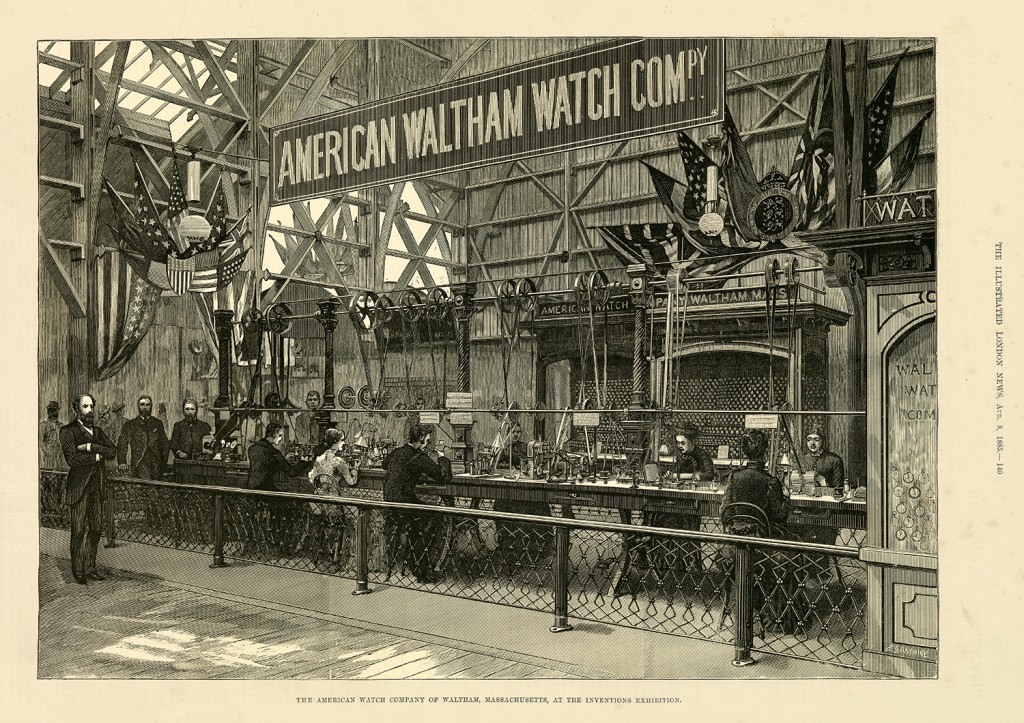 The American Watch Company of Waltham, Mass. was one of the featured exhibitions at the 1885 International Inventions Exhibition as part of the world’s fair held in South Kensington in the United Kingdom.

Men and women from the Waltham factory demonstrated their new “fine, automatic machines” at its exhibit entitled “Watchmaking by Machinery.” These machines were invented, perfected and used at the Waltham Factory in the U.S. This line drawing was featured in The  Illustrated London News on Aug. 8, 1885.

Queen Victoria was a patron of the exhibit and Prince Albert was the president of the organizing committee. The display opened on May 4 of 1885 and lasted for six months.

Austria, Hungary, Italy, Japan and the United States – as well as the United Kingdom – all participated in the event, which drew nearly four million people.

The showcase included gardens, fountains and a series of concerts, photographers, musical instruments and much more.