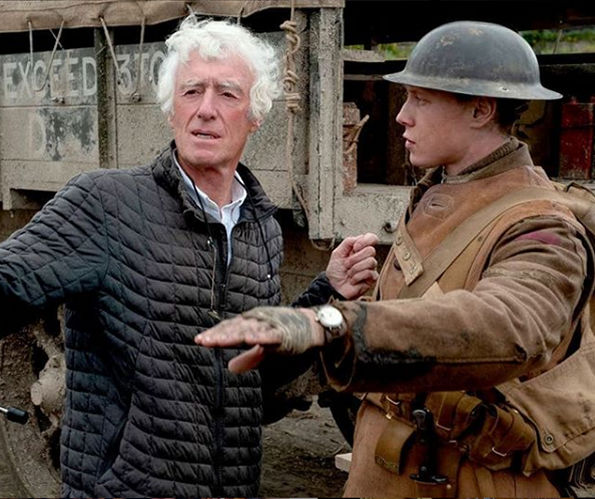 Heartfelt, reverent congratulations to Sam Mendes, Krysty Wilson Cairns, George Mackay, Dean-Charles Chapman and all who contributed to the epic WWI tribute, 1917. Based on the autobiography of director Mendes grandfather, Alfred Mendes, the film brings great honor to the heroes of WWI as well as the artists who were so earnest in representing their stories. A personal thanks to Sam Mendes for recognizing the importance of wristlet or “trench watches” in the Great War. They are highly visible in the film and featured with sincere affection. In the phoo, cinematographer Roger Deakins goes over a scene with actor George MacKay. Photo by Francois Duhamel/Universal Pictures and DreamWorks Pictures