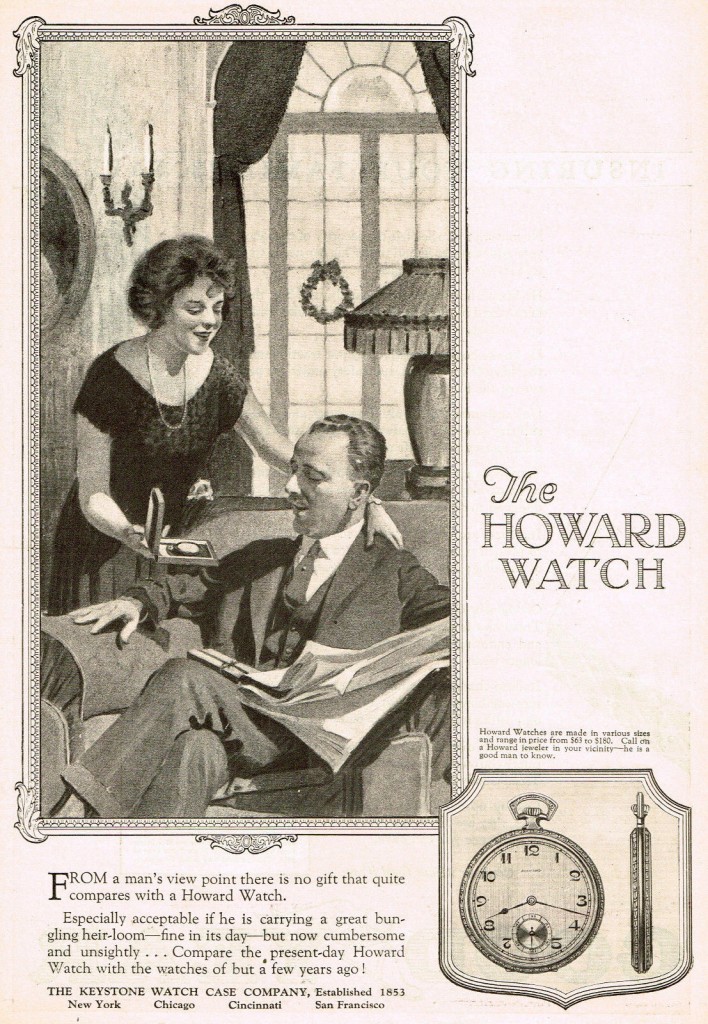 Edward Howard did not believe in second best. In 1857, he and his backers took machinery and movements from the defunct Boston Watch Company to Roxbury, Mass. and began tooling to produce a revolutionary pocket watch. He predicted his would be the “watch by which others were judged,” and in 1858, he made good on his prediction. He introduced the high-grade “quick-beat” movement to American watch-making. Standard top plates of the day were full with four pillars; his plate was in two sections with six pillars. He was one of the first to introduce a compensated balance to American watch-making. He was the first to market a stem-winding movement in the U.S.

Early on, Mr. Howard came out against the interchangeability of parts in pocket watches. In 1863 he said: “The interchangeability of parts … was not found to be practicable in the finer parts, never has been to this day and never will be …” Each watch in the Howard watch factory was – from start to finish – assembled by one watchmaker – along the order of custom-made Swiss timepieces. In 1885, during the height of Howard Watch Company’s output, 200 watchmakers were producing 100 watches a week – during the same period,Walthamwas manufacturing 1,000 a week. “I would rather break up a watch movement than have it go out imperfect. My standard for every watch that bore my name is that it be fit to present to the President of theUnited States,” Mr. Howard was quoted as saying. He got his wish, as Howard pocket watches are regarded by many as unmatched in performance and design.