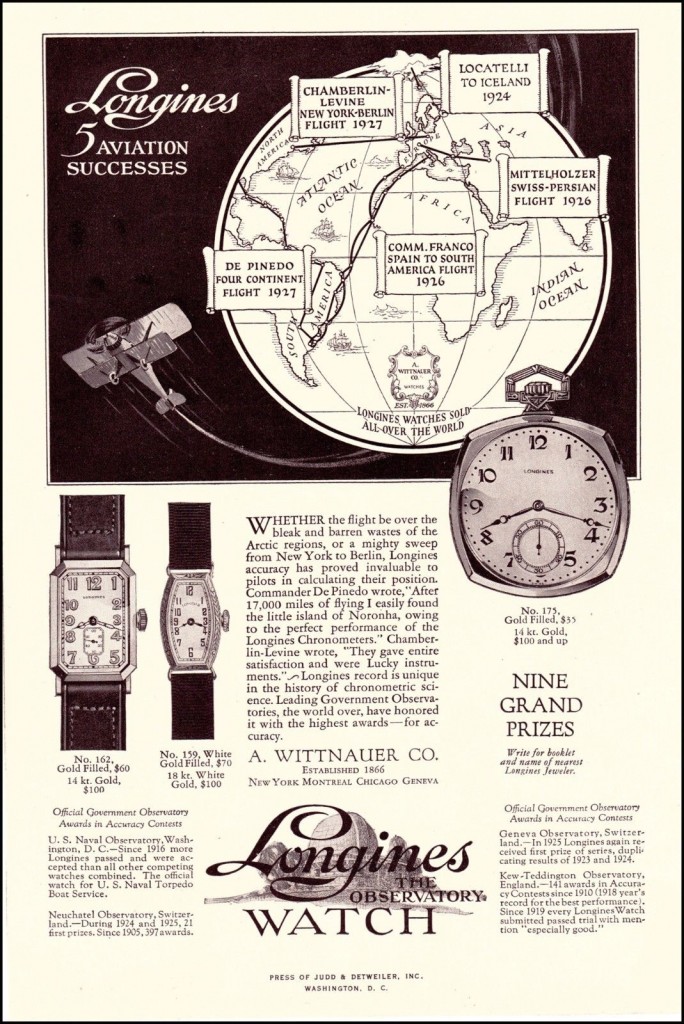 Longines, or “The Long Meadows” has had a spectacular run since they began in 1832 by Auguste Agassiz of Saint-Imier, Switzerland. Initially, Agassiz oversaw “comptoir” watchmaking, or piece-work done by local townsfolk and farmers. All these watches were hand-made — no spare parts, no interchangeability. Health problems forced Agassiz to turn his watchmaking enterprise over to his nephew, Francillion, who realized that to grow, the company needed to go beyond the “comptoir” piecework method and mechanize.

In 1866, the Agassiz family bought “The Long Meadows” by the river Suze, designed their own manufacturing equipment, and propelled themselves into worldwide renown and prosperity. Fiercely protective of their name, “winged hourglass” logo and manufacturing practices long before such attention was the norm, Longines proved to be leaders in the industry through World Wars and economic upheavals. They were among the first companies to “buy into” the idea of wristlets — in 1905 — long before the first World War and the international clamoring for watches for the wrist. The Weems Patent for navigational watches, for which Lindbergh was so enthusiastic; Grand Prix awards, chronograph innovations; outstanding military timepieces and exquisite styling are just a few accomplishments of one of the world’s most exciting watch houses.

Here is one of their advertisements from 1927 touting its contribution to the aviation field and the accuracy of their product.