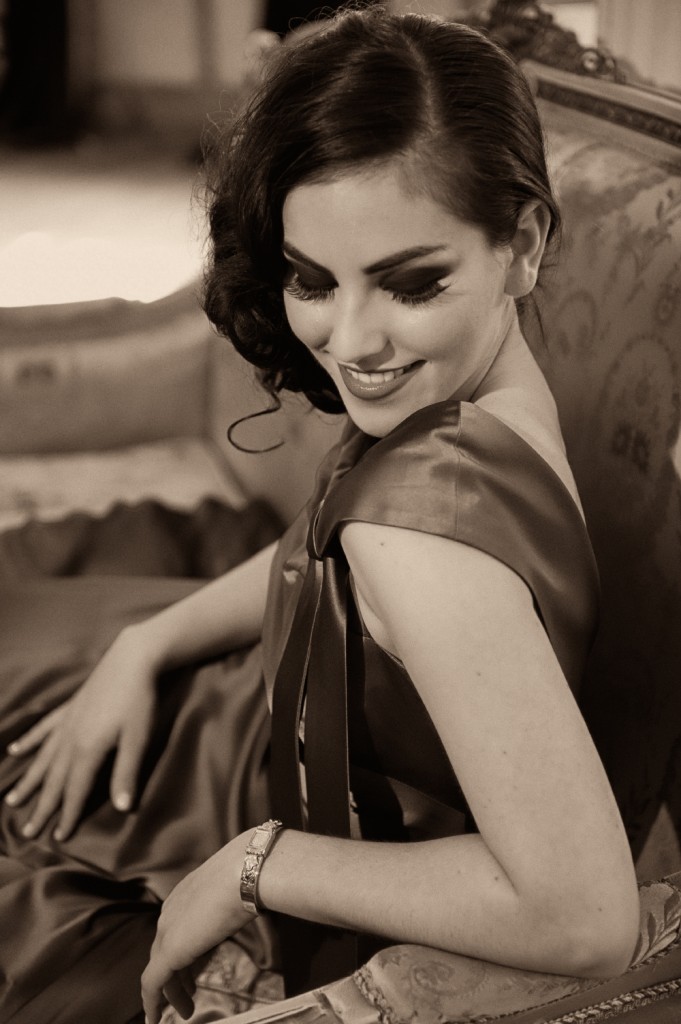 If there is one look that quickens the pulse of vintage enthusiasts, it is Art Deco. More than a style, it is a movement; a philosophy, a way of life. Also known as Art Moderne, Streamline or “Jazz Style,” it is distinct for its artistic merits and archetypal simplicity. A rebellion against the florid elements of Art Nouveau and the gilded, Rococo constriction of the Victorian era, it rendered post WWI life into primal geometric form and basic colors in a way that made the complexity of the Machine Age feel childlike and soothing. This distillation produced dazzling results.

The geometric elements of Art Deco, while quantifiable, were not discovered in some singular event like the solution to a math problem; nor were they invented by the French. They emerged as a dawning or consensus of ideas brought about by several pre-WWI influences: the Cubism of Cézanne and Picasso, the textiles of Sonia Delaunay and the Plakatstil or “poster-work” of Berliner Lucian Bernhard. It was the Suprematist ceramics of Kazimir Malevich. It was Coco Chanel’s fascination with the clean lines of the Charvet toiletry bottles and whiskey decanter of her English lover. From pre-Colombian art uncovered in Central America to the discovery of Tutankhamun’s tomb to Japonisme, Art Deco drew from a myriad of sources to emerge seemingly spontaneous and self-evident. It was something everyone began to notice all around them. 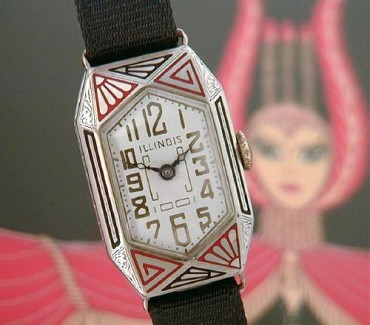 These creative rivulets converged into the reservoir of the art world, Paris, where in 1925, The Exposition Internationale des Arts Décoratifs et Industriels Modernes, drew 16 million visitors.

By 1925, Art Deco was a fascination; by 1930, it became a lifestyle. From New York to Miami; Japan to Havana, the world became increasingly frenetic with a new Deco culture. Madison Avenue stoked a corresponding world-wide consumerism. Everyone was hopped-up on post War excess, eager for the sleek and angular and fast.

Women were no longer demure “Gibson Girls,” they were “Flappers,” who spoke, dressed and acted as they pleased. With their straight waists, bobbed hair and taste for gin and cigarettes, they were ready for anything. Obsessed with Hollywood, they emulated their heroines Louise Brooks, Clara Bow and Mae West, all of whom were seductresses dripping with jewelry. Millions of women wanted the Art Deco riches they saw on the silver screen, and the world’s greatest jewelers rose to the occasion. And no piece of jewelry was more emblematic of the age, more fashionable or coveted than the wrist watch.

Utilizing new enameling techniques, metals and inspiration, designers and watch houses created astonishing works of beauty. Like the Romans, Egyptians and Mayans from whom inspiration was drawn, women of the era and their Hollywood idols draped themselves in jewel-encrusted masterworks of personal adornment. The era saw a resurgence in the skills of jewelry designers as works by Cartier, Tiffany, Harry Winston, Van Cleef & Arpels, Mauboussin, Lalique and Gerald Sandoz dazzled patrons.

When the Great Depression hit, passion for Art Deco watches intensified. New techniques in metallurgy and manufacturing allowed beautiful pieces to be produced for less, allowing those with little money to afford attractive jewelry. Fortunately consumerism was no longer a provincial affair: Fine designers found pockets of wealth around the world and catered to them.

And it was during these lean years that some of most exquisite examples of Art Deco timepieces were created for every class: magnificent bracelets of white gold and platinum dripping with diamonds, rubies and sapphires for the wealthy; brilliant chrome-and-enamel timepieces for those with less money.

In Europe, elaborate watch designs by Patek Philippe, Vacheron Constantin, Rolex and Movado sold as fast as they were produced. 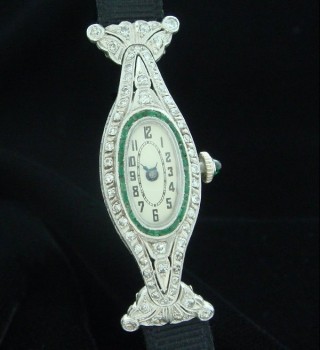 These examples are considered to be the among the finest works of tactile art of the 20th century, carefully studied by historians such as Julien Schaerer, Managing Director and Watch Expert, Antiquorum Geneva.

“From early on I had a keen interest in the Art Deco period due to its appeal in terms of vision and design,” Schaerer said recently. “To me, this period represents the best in terms of craftsmanship and creativity. As much as the influences of [Art Deco] can clearly be seen in industrial designs of the times as well as furniture and everyday objects, for me it’s in certain examples of Cartier and Patek Philippe watches of the era that best illustrate this.”

Brilliant wrist art was not limited to the wealthy. In fact, more was done to promote Art Deco aesthetic by watch makers like Elgin National Watch Company than any other jewelry manufacturer.

Elgin embraced Art Deco design early on, sending representatives to the 1925 Paris exposition to immerse themselves in its form. There, they contracted six well-known designers, including Lucien Lelong and his team, to interpret Art Deco into wrist art. In June of 1928, Elgin introduced the iconic Parisienne line in the Saturday Evening Post, featuring ladies wrist watches asymmetrically enameled in brilliant primary colors. Lelong and his designers also created what has been called the most iconic Art Deco wrist watch produced, the “Lady and the Tiger.” Based on the proverb of a lover forced to pick a lady or tiger, the white gold watch features an enameled tiger on one side and an iconic art female on the other. Given as gifts to generous alumni by the president of Princeton University in the early ‘30s, these rare works have sold upwards of $10,000.

Elgin Art Deco watches continued to be enormously popular well into the early ‘40s. By the 1939-1940 New York World’s Fair, Elgin had a pavilion celebrating its position as the largest watch manufacturer in the world. Its success was, to a large degree, based on its early recognition of the allure of Art Deco.

Other watch houses such as Gruen and Illinois recognized the intense popularity – and profitability – of the Deco look, establishing their own stunning interpretations. Gruen introduced the streamlined “Curvex” for men and women, actually 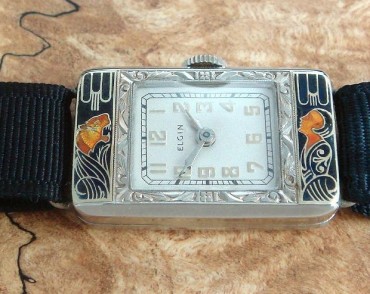 engineering a curved movement to fit the exaggerated bend of a stylized case. They then hired a young, talented graphic artist to illustrate ads for this new line of curved watches. His unusual painting, “The Persistence of Memory” featured drooping watches that caught the fancy of the Gruen family. His name was Salvador Dali.

Illinois began commissioning its own unique wrist watch cases as well. The company cased and boxed its watches at the factory, creating timepieces that were eccentric and instantly prized. Today, enameled examples of Illlinois Art Deco wrist watches sell for thousands of dollars.

More than 85 years after its formal debut in Paris, Art Deco remains a lifestyle, emblematic of a wildly popular age. Fine examples of Deco wrist art continue to grace the wrist of modern flappers with exquisite taste.