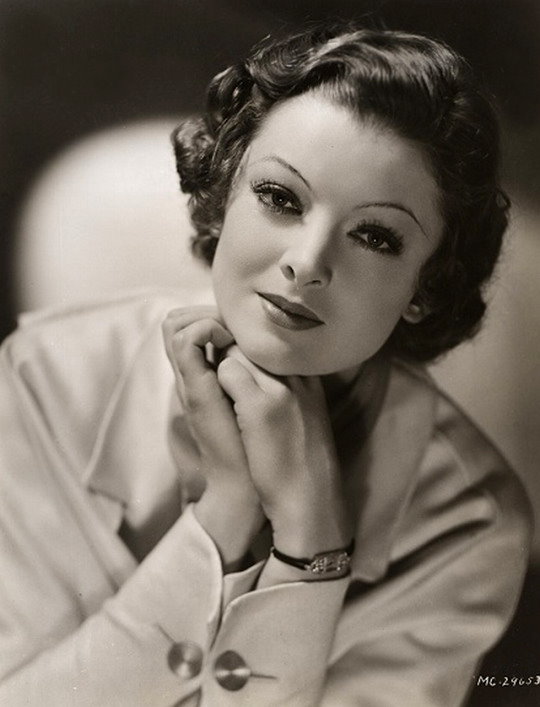 The enchanting Ms. Myrna Loy, who lit up the screen in such classics as “The Thin Man” and “The Best Years of Our Lives.”

Loy was born in 1905 in  Radersburg, Montana. At the age of 15, she moved to Los Angeles with her family after her father passed away. She attended the Westlake School for Girls where she took up acting and appeared in local stage plays to help support her family. A few of these plays were performed at Grauman’s Theater in Hollywood. While on stage, Mrs. Rudolph Valentino noticed Ms. Loy and pulled some strings to get her some parts in film, and the rest is history.