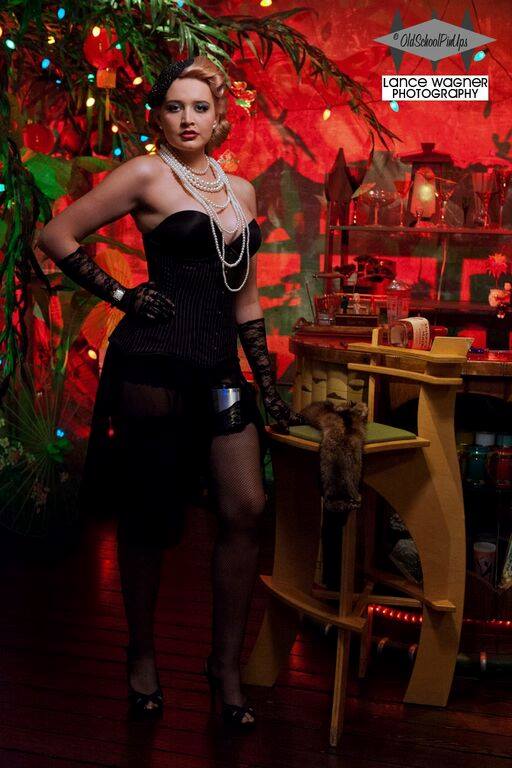 Strickland Vintage Watches has had the privilege of working with some of the world’s most gifted photographers, MUAH artists and models to produce original art for our advertising and private calendar. This summer we were particularly thrilled to travel to Pike’s Market in Seattle to work with the extraordinary Lance Wagner and Trixie Lane of OldSchool PinUps.

Considered one of the most respected and technically gifted photographers in the profession, Mr. Wagner has worked on shoots for Vanity Fair, Entertainment Weekly, People Magazine and National Geographic. A virtuoso of lighting, he has lit everyone from Pee-wee Herman to Ronald Reagan. His commercial client list includes Nordstrom, Donna Karan, The Seattle Mariners, 20th Century Fox and Estee Lauder.

The skills of hair and makeup artist Trixie Lane complement Mr. Wagner’s talent perfectly. A second generation MUAH artist, Miss Lane brings a lifetime of experience in period “looks” to her clients. Having worked as a model, New York nightclub singer and burlesque manager herself, Miss Lane has a unique perspective on what’s necessary to achieve an historically correct, aesthetically pleasing image.

Following in the great tradition of George Hurrell, Bunny Yeager and Bettie Page, Mr. Wagner and Miss Lane are masters of the high art of pinup and Golden Hollywood photography.

The two chose as a model/muse SVW Calendar Girl Miss Hanna Cowart- Model/Photographer, one of the most recognizable and popular faces of Strickland Vintage Watches. We’ll share the resulting art from the 2015 Seattle Wagner/Lane shoot through the coming months on social media, advertising and in our private 2016 SVW calendar.

Here is an interpretation of Miss Hanna Cowart as Bonnie Parker by Lance Wagner and Trixie Lane.