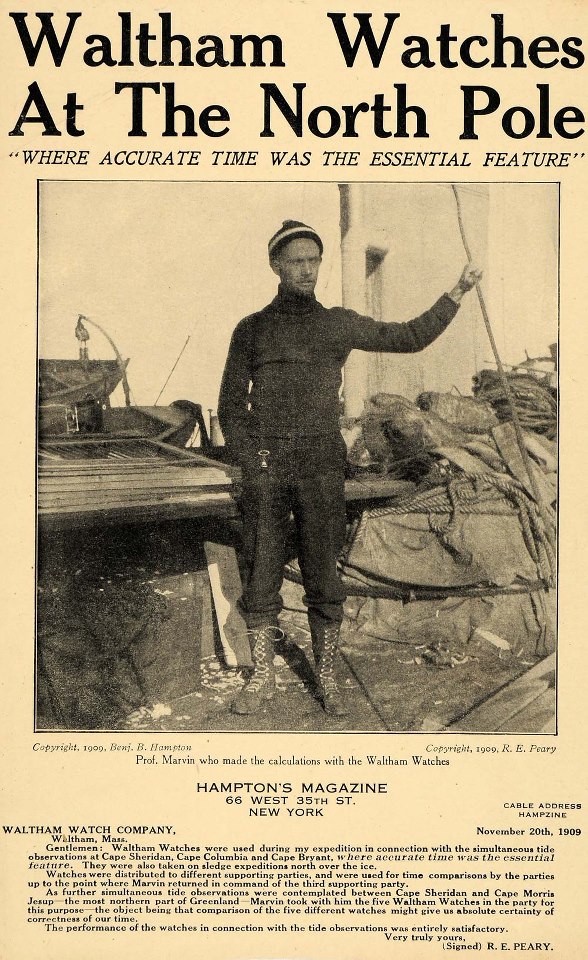 Historic 1910 Waltham ad containing a letter from Admiral R.E. Peary regarding performance of timepieces constructed by the American Waltham Watch Company for his North Pole expedition.

Peary wrote: “Watches were distributed to different supporting parties, and were used for time comparisons by the parties up to the point where Marvin returned in command of the third supporting party.

“As further simultaneous tide observations were contemplated between Cape Sheridan and Cape Morris Jesup – the most norther part of Greenland – Marvin took with him the five Waltham Watches in the party for this purpose 0 the object being that comparison of the five different watches might give  us absolute certainty of correctness of our time.

The performance of the watches in connection with the tide observations was entirely satisfactory.”