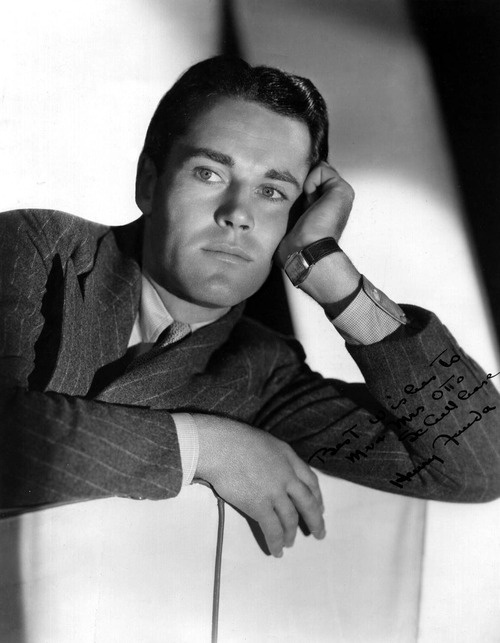 The wonderful Henry Fonda, circa 1940s.

Fonda was born May 16, 1905 in Grand Island, Nebraska. In the 1920s and ’30s, Fonda appeared on stage and film, best known for his Academy Award nominated role in “The Grapes of Wrath.”  Fonda served in the Navy during WWII and was honored with a Bronze Star and Presidential Citation Award. During his 50-year career in the film industry, he starred in a number of well-known parts including “Jezebel” co-starring Bette Davis (1938), “My Darling Clementine” (1946), “Twelve Angry Men” (1957) and in 1981, at 76 years old, Fonda starred alongside his daughter, Jane, and Katherine Hepburn in “On Golden Pond,” in which he took home the Academy Award for Best Actor.