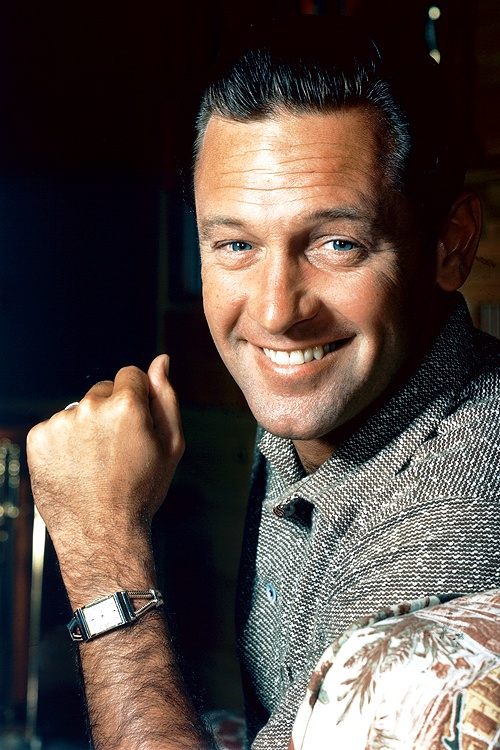 Hollywood actor William Holden, showing off his watch, circa 1962.  Holden was a huge box office draw in the 1950s starring in such feature films as “Sunset Boulevard” – opposite Gloria Swanson – and “Bridge on the River Kwai, “The Wild Bunch,” Picnic,” “The Towering Inferno,” and “Network.” In 1953, he won the Academy Award for Best Actor in “Stalag 17″ and in 1973, he took home the Emmy Award for Outstanding Lead Actor for his role in the television series “The Blue Knight.”